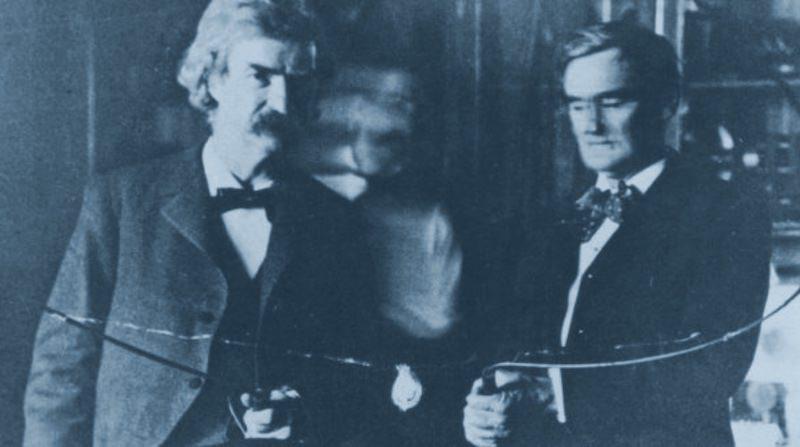 When writing Tesla: Inventor of the Modern I came across a treasure trove of Tesla letters made available by the Smithsonian and Library of Congress.

Those notes reveal that Tesla struck up a friendship with Mark Twain after the inventor revealed that the writer’s early novels helped him through a sick spell when he was fourteen years old, a disclosure that caused “this great man of laughter to burst into tears.”