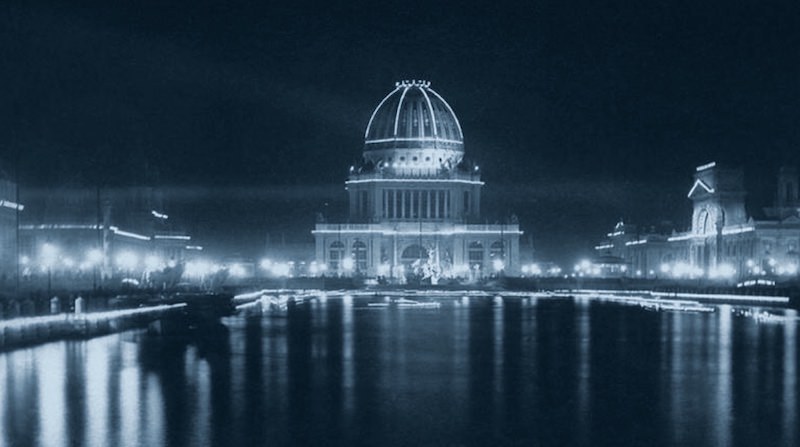 On this day 125 years ago the World’s Columbian Exposition opened. Nikola Tesla was a big part of the massive display of electricity’s wonders. ⚡

“The effect staggered wide-eyed visitors as well as skeptical engineers. When President Grover Cleveland pushed an ivory-and-gold button on May 1, 1893, the seven-hundred-acre fairground burst into light, elaborate fountains shot water a hundred feet into the air, accompanied by cannon fire, and a choir and orchestra performed Handel’s ‘Hallelujah Chorus.’” 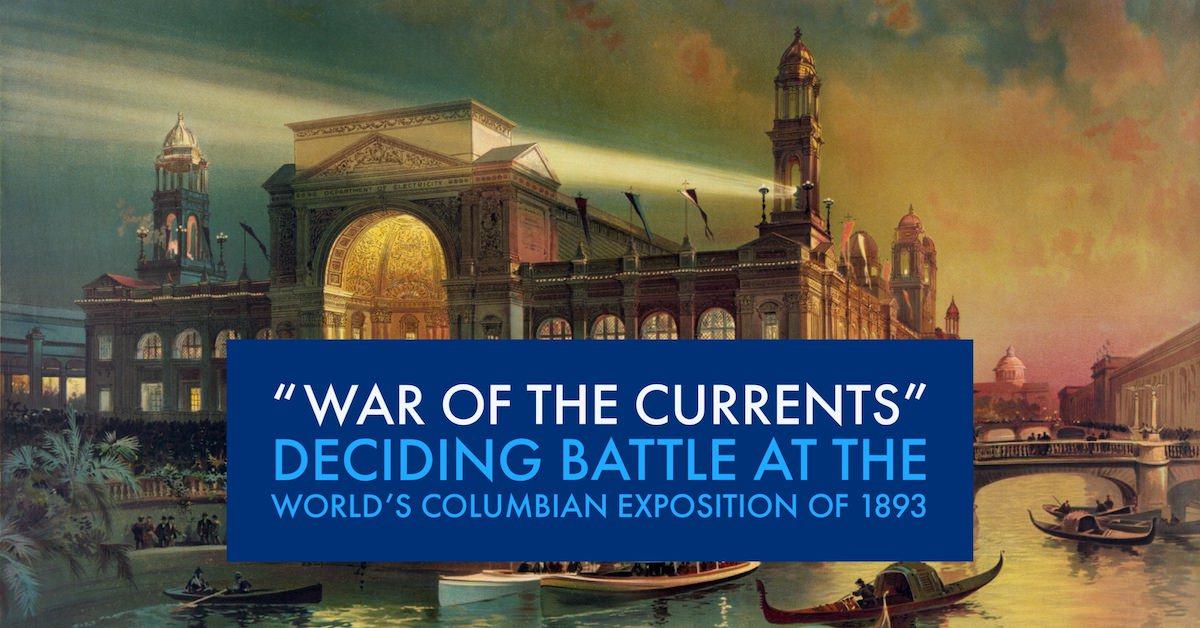 The “War of the Currents” deciding battle would take place in Chicago in 1893. The General Electric Company bid too high for the proud local organizers and Westinghouse seized the opportunity with Tesla by his side.

“What Chicago required was on a scale far grander than anyone had attempted. The Westinghouse-Tesla team upgraded motors and transformers, and they enlarged a dozen generators. What Westinghouse and Tesla assembled became the world’s largest AC system, powering the greatest concentration of productivity artificial light, yet, amazingly enough, their thousand-square-foot switchboard required only one engineer to operate the forty circuits that delivered electricity throughout the park.”